Sahaj, a fee-only financial planner, was out for dinner with his family on weekend at an upscale restaurant when he bumped into his old pal Alok. What followed next was a series of conversations about one thing or another. Alok told Sahaj about his “investment” in the next big thing – the cryptocurrency (bitcoin and it’s ilk).

Alok got Sahaj’s attention by saying the magic word cryptocurrency as Sahaj has been asked about “investing” in cryptocurrencies by his clients for some time now. As their family members were waiting for them to join for dinner they soon join their family, before that Alok told Sahaj that perhaps they should meet next week our drinks at a nearby watering hole.

A week went by and Alok called up Sahaj for a meetup. Sahaj met Alok and they restarted the discussion about cryptocurrency. Sahaj had few things in mind with regard to cryptocurrency but waited for Alok to finish what he has to say about his views on cryptocurrency.

Alok vehemently supported the concept of cryptocurrency and that it is going to create wealth for lots of people who have or are planning to buy it. The very idea that a limited amount of cryptocurrency which could be created meant that their value would automatically grow as more people start using in their financial transactions.

The world economic order is going to change fundamentally as people would stop using fiat money (* Fiat money is a currency that a government has declared to be legal tender, but it is not backed by a physical commodity. The value of fiat money is derived from the relationship between supply and demand rather than the value of the material from which the money is made).

At this point Sahaj interjected Alok by asking but how is that going to happen? Sahaj knew that fiat money serves three major purposes: store of value, unit of account and medium of exchange. Sahaj felt that on both counts as a store of value and a unit of account cryptocurrency performs poorly versus fiat money as its prices keep fluctuating a lot against mostly stable fiat money.

These nations borrow money from capital markets by using central banks’ government bond-selling programs to balance their budget or to build infrastructure or other purposes. Sahaj knew that sovereign nations have monopoly power to collect taxes from its citizens and from companies doing business in its territories and that is how they return the money borrowed from capital markets over a period of time.

The sovereign nation world over has collected taxes within its territory by the might of gunpowder and it’s highly improbable that they would give up this as then anarchy would prevail. In a world without order does cryptocurrency stand a chance to flourish?

To top it all law of comparative advantage (an economic term that refers to an economy’s ability to produce goods and services at a lower opportunity cost than that of trade partners) plays a major role in setting up the exchange rate between the currencies of two nations doing trade with each other.

So until and unless these major trading nations accept a cryptocurrency as their de facto fiat currency how the exchange of goods and services would happen between these trading nations? 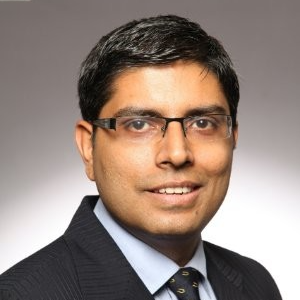 Abhishek is the founder of SahajMoney and a fee only financial planner. The name SahajMoney signifies his belief that money management should be easy. One of the sharpest mind in business, Abhishek is known for making his clients comfortable.

A fireside chat with our Founder